The North Carolina Museum of Natural Sciences recently announced that it had acquired the “Dueling Dinosaurs” fossil: one of the most unique and best preserved fossil specimens ever uncovered. The 67 million-year-old specimen includes both a juvenile T. rex and a Triceratops, buried together in the midst of what could be a deadly predatory encounter. Due to the nature of their burial, the skeletons are perfectly preserved in their natural positions – meaning that the Dueling Dinosaurs represents a treasure trove of information for paleontologists and the dino-loving public alike.

Lindsay Zanno, head of paleontology at the North Carolina Museum of Natural Sciences and associate research professor at NC State, will lead research on the fossil in a brand-new, state-of-the-art lab at the museum. And she’ll be doing this work live in front of museum visitors. The Abstract sat down with Lindsay to get her thoughts on what secrets the Dueling Dinosaurs may hold, and why conducting live, public research is vital to the work.

TA: Is it possible to find out how the teenaged T. rex and Triceratops came to be entangled in this way? What’s your favorite theory?

Zanno: At this stage, it is difficult to say if we will ever know exactly what happened to these animals that day 67 million years ago. We already have a series of clues about predator/prey interactions, including tyrannosaur teeth embedded in the body cavity and bones of the Triceratops, but we don’t yet know if these teeth belong to the individual tyrannosaur buried beside it, or perhaps to a different animal. Our first job in answering that question will be to try and determine whose teeth those are, if there is any evidence that the Triceratops was dead days or weeks before it was buried, and if there were any third-party players at the scene. At the same time we are working to understand the depositional environment so that we can determine how they came to be rapidly buried and entangled in the first place: Flash flood? Bank collapse? Earthquake? All ideas are on the table.

TA: What tools will you use to find out what happened between these animals?

Zanno: We’ve a lot of new tools at our disposal these days. Most of them will not be directed at answering how these animals died; rather, I’m much more interested in better understanding how they lived. We’ll use modern imaging techniques such as nano-CT scanning and 3D printing to be able to study and reproduce bones we cannot see with the naked eye; laser stimulated fluorescence, immunohistochemistry, and spectroscopy to identify and study soft tissue preservation; histology to identify the age and growth trajectory of the individuals; biomechanical approaches such as finite element analysis to better understand how the injuries we observe might have occurred; ID-TIMS to age date the surrounding strata; and comparative anatomy and systematics to generate new taxonomic and phylogenetic data on tyrannosaurs and ceratopsians. It’s going to be a long research road.

TA: What other questions could the work answer, beyond just figuring out whether these two were fighting? Will we be able to tell, for example, whether they were male or female? What color they may have been or what their skin (or feathers) looked like?

Zanno: Beyond the basics of who, when, where and how, so much of what we can answer about these animals depends simply on what is actually preserved. We know we will be able to determine, for example, how old they were at death, and we know we will walk away with novel information on skin patterns. We know that the simple fact of having each bone present and in its natural position in the body (an extreme rarity in dinosaur specimens) will provide immeasurable advances in our understanding of the biomechanics and anatomy of these animals. But what other new cool data is hiding in these field jackets awaiting discovery? Stomach contents, pigment or filament preservation, medullary bone? It is impossible to know until we dive in.

TA: Will all of the work be done publicly? Will there be research opportunities for students?

Zanno: Yes, at its heart, this project is all about people. It’s about building trust in the scientific process by increasing transparency, engagement and community investment. It’s about involving the public in the active discovery process – the thrills, the disappointments – the reality of how science works. Letting the public in on discoveries as they are happening, rather than after they have been signed, sealed and delivered, is a new frontier and admittedly it’s a bit scary. How do we do this without risking, for example, proprietary data loss? We know that through this project we will be learning as much from the public as they will be learning from us; and as a result, we know we will be contributing to the growing dialogue about public science in keeping with NC State’s leadership in this area. We’ve also designed the new lab at the museum as a public engagement training ground, where NC State students can learn and practice the art of communicating science directly to the public via face-to-face interactions.

TA: What excites you the most about this project?

Zanno: I’ve been working hand-in-hand with a talented team around the clock for the past five years on every facet of this project from securing major gifts to picking out the paint color on the walls. Throughout that time I’ve been humbled and inspired to witness so many members of our community step in and invest in our vision to push the boundaries of public engagement with research. As part of the Dueling Dinosaurs Project, we have the opportunity not only to do some of the most advanced science on one of the best preserved dinosaur fossils right here in Raleigh, but to do it in a way that breaks down long standing barriers to research accessibility and provides unparalleled training opportunities for our young scientists. What excited me most is how much we, as a community, stand to learn. 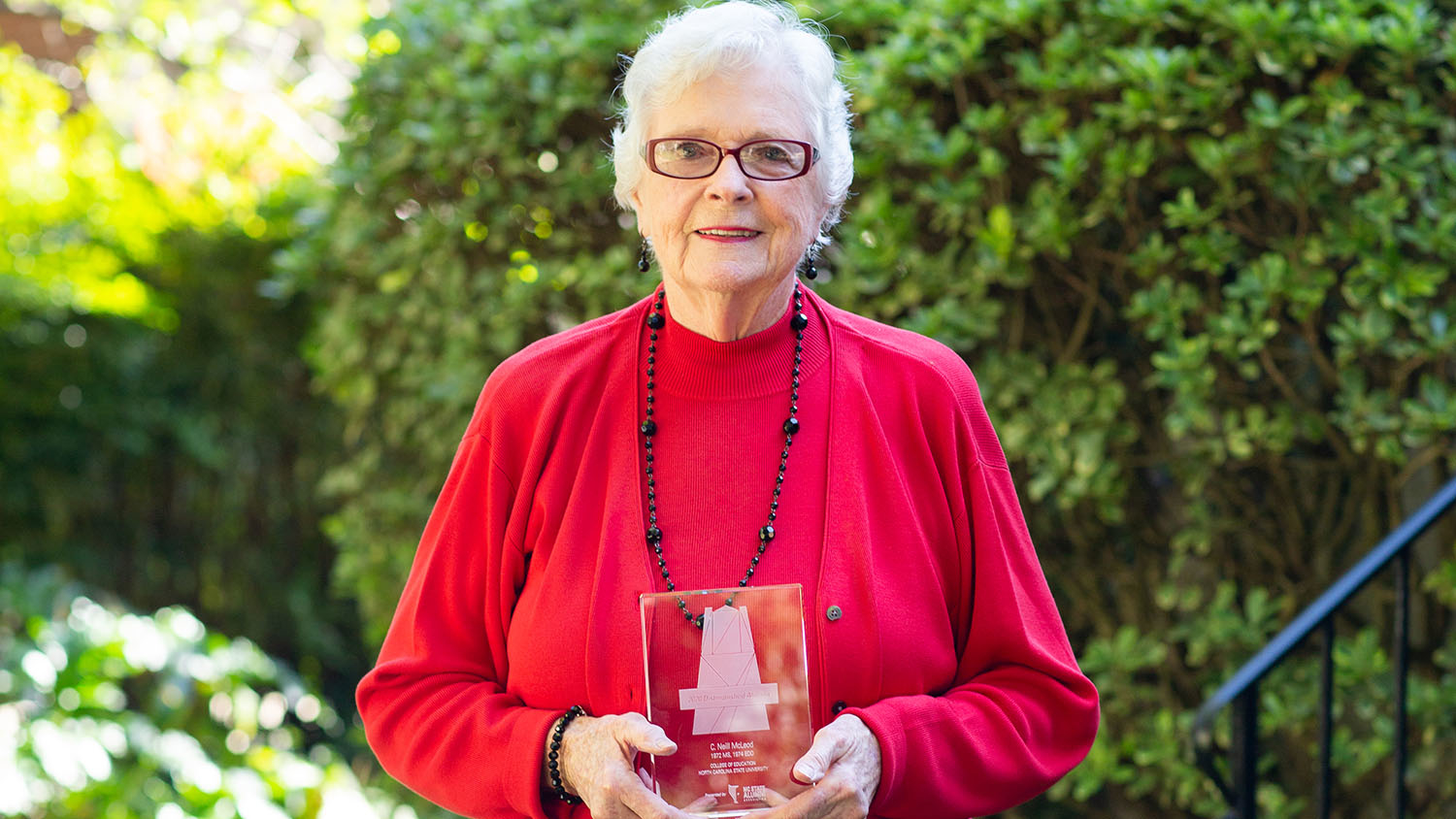 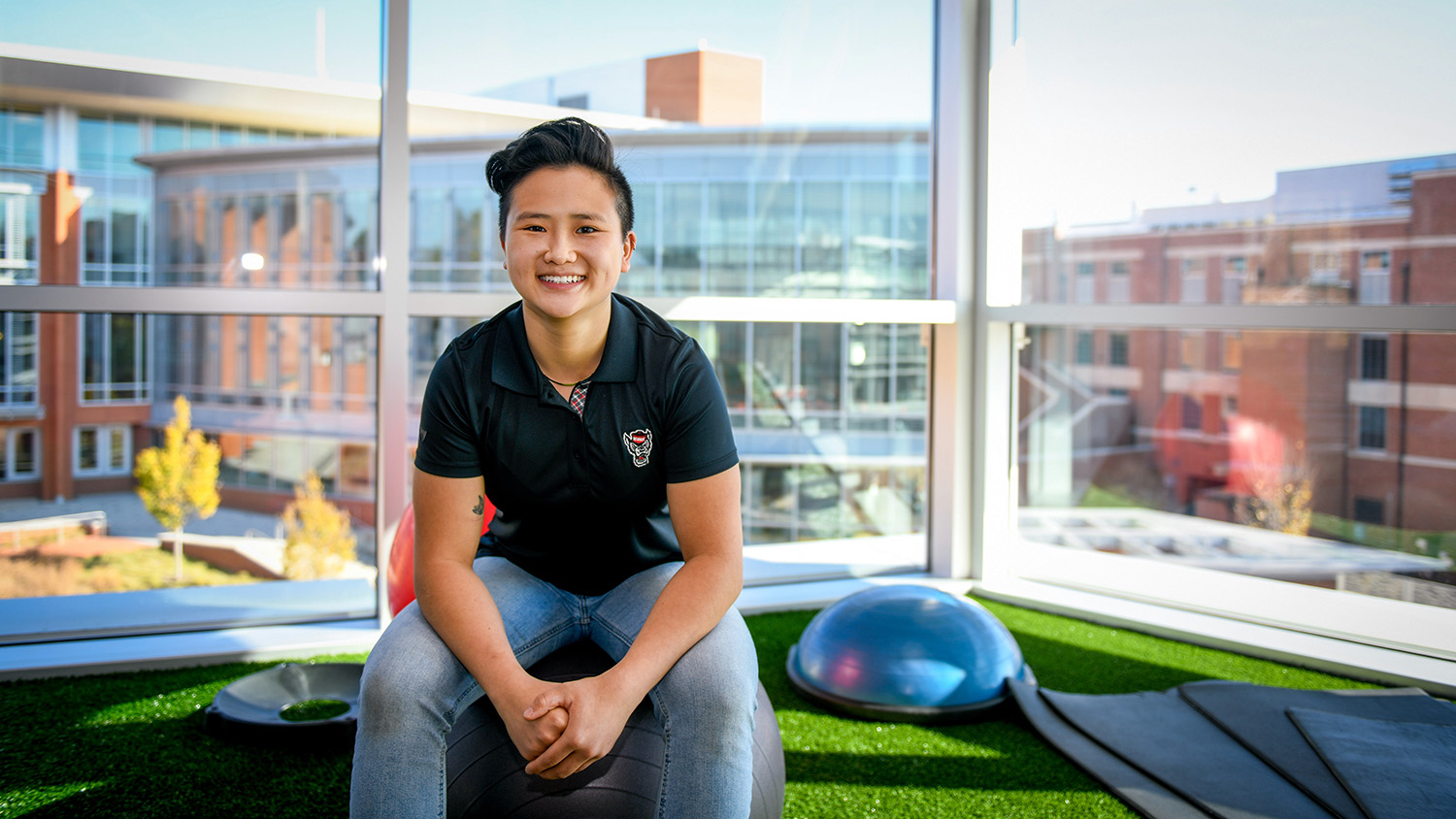 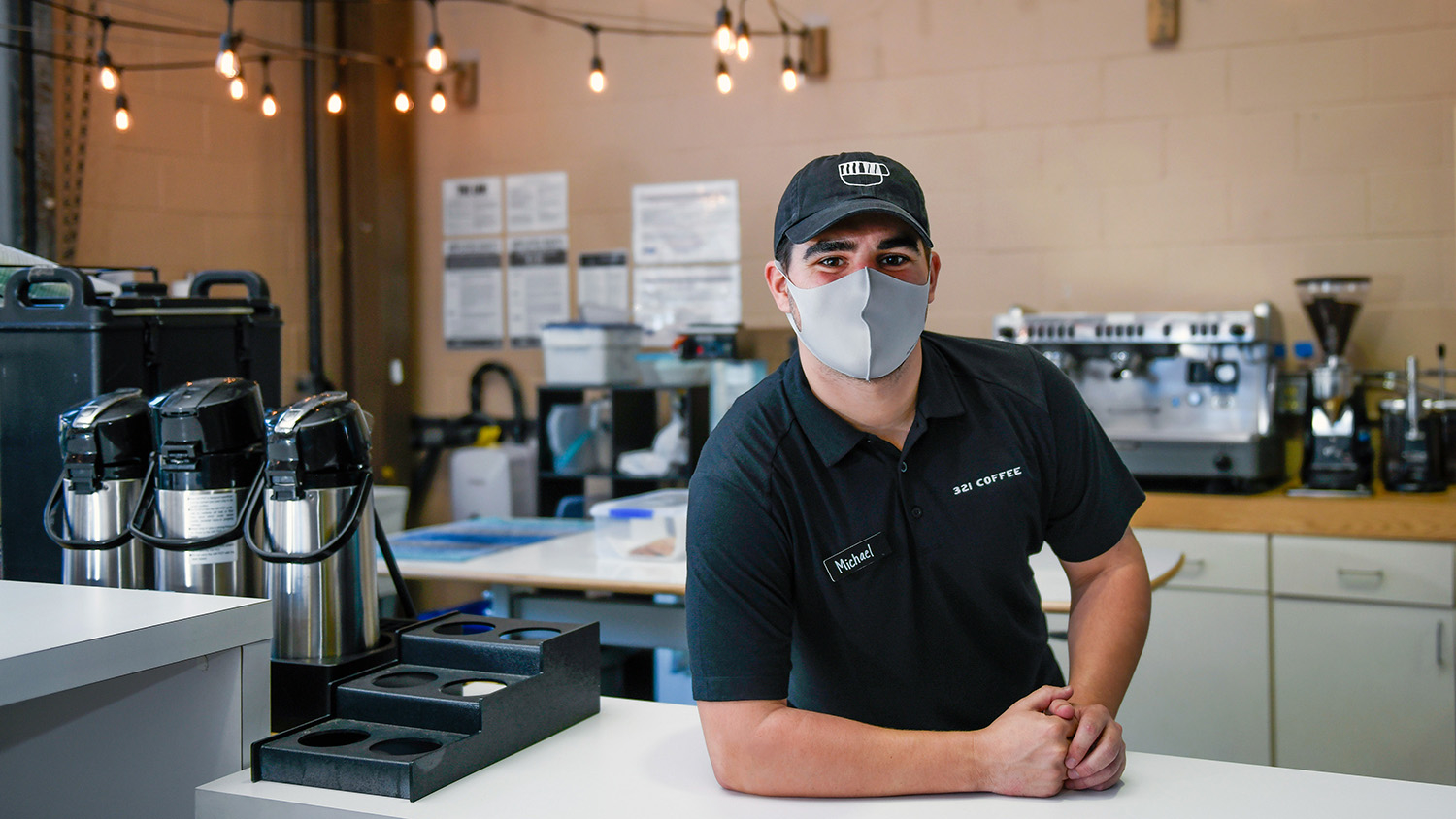 Coffee and Statistics To Go