Reshunda Mahone’s first impressions of NC State University were not unlike many first-time visitors. She had friends and colleagues in the Raleigh area that she visited on occasion and on just about every trip, the same question came up: “Are we going to get the good ice cream?”

In late June, Mahone was named as NC State’s first associate vice chancellor for alumni engagement and annual giving, melding two important divisions that connect with NC State graduates and supporters and all who contribute to their alma mater.

Mahone previously was the assistant dean for advancement and alumni engagement at Emory University’s Goizueta Business School in Atlanta. Prior to that, her educational background includes a Bachelor of Science from Florida, a Master of Business Administration from Central Florida and a doctoral degree in education from Virginia Commonwealth.

Since arriving at NC State on Aug. 15 to take over for retiring Alumni Association Executive Director Benny Suggs, Mahone has had her share of Howling Cow — not to mention her other favorite food, fresh popcorn — on campus during her deep integration into NC State’s culture and community.

She’s gleaned some of that through regular jogs around Centennial and main campuses. She was given a private tour of the Memorial Tower by Tom Stafford. And she’s participated in other tradition-rich events like Packapalooza, football games, the North Carolina State Fair and alumni engagement receptions in North Carolina and Virginia.

She’ll share some of what she’s learned and her early impressions of her new home on Saturday when she takes over the NC State Alumni Association’s Twitter and Instagram accounts, as part of her first Red and White Week.

So far, things have gone well.

“The question I have been asked the most is this: what has surprised you?” Mahone says. “What I would say is that the environment is better than anything I could have expected. It’s certainly a welcoming space.

“I’m just amazed how deep the pride in the Wolfpack goes, not only in representing the institution but in the spirit among the staff and faculty. That has been the most surprising.”

In an effort to get to know Mahone and her vision for the future of alumni engagement and annual giving, she answered five important questions about her background, her beliefs and the beginning of her NC State leadership.

Q. Tell me about your first connection with NC State.

A. It was about 10 years ago when I first visited the campus. My earliest memory was visiting the Hunt Library to see the bookBot and to get Howling Cow ice cream. I was so impressed that it became a routine whenever I visited Raleigh. From very early on, I thought it was special here. I have a few colleagues who have fundraised for NC State and they each had great experiences.

When I met Vice Chancellor [Brian] Sischo, and later Chancellor [Randy] Woodson, and learned about the accomplishments over the years, I knew I wanted to be a part of the continued transformation. Finally, being back on campus was the final motivating driver that told me ‘Yes, I want to be here.’

How has your educational background and experience prepared you for this critical tenure at NC State, as the university brings together its alumni association and advancement units, with the challenges and opportunities that will create?

I grew up in the annual giving space, learning the science of fundraising. Over the years, the role of engagement has evolved as an important factor in developing long-term relationships with current and potential donors. As with many institutions, NC State’s Alumni Association has been a driver for broad-based engagement. There are many models of this, of course. The trend over the last few years has been evaluating the dues-paying membership model of alumni associations versus an inclusive, everyone’s-part-of-the-association model. The power of numbers is certainly the direction this industry is moving to. I’ve had the opportunity to approach this at one institution where we were working towards bringing everything (athletics, alumni association, and advancement) in-house. Many institutions have been successful in making that transition. The conversation we have had here is that we want our alums to see that everything that is done here at NC State is integrated in messaging and context.

I think having engagement and giving together combines resources and makes the work more efficient when you can see someone, an alum or a parent or a faculty member, and all the ways they’re connected. You can speak to them differently than if you are seeing them in separate silos in separate systems. I think that’s one reason why the industry has certainly embraced this model of being more comprehensive and inclusive.

I want to be part of creating the successful integration of the alumni association and advancement through the work of engagement. How we integrate it in a way that is careful and thoughtful, intentional, but also in a way that makes the most sense for the university and helps us in where we see ourselves five, 10 and 20 years down the line.

What shaped your interest in this kind of work?

Growing up, my parents instilled in me and my sister the value of higher education and the expectation that we both were to surpass their educational experiences. So early on, it was expected that I would not only earn bachelor’s and master’s degrees but a terminal degree in my career field. That value, expectation and importance of a higher education degree never left me.

I started in the field of advancement as a student fundraiser. I noticed the lack of diversity in the professional development staff which prompted me to consider this as my career. Coincidentally, both my sister and I both ended up in advancement.

You have arrived at NC State following the completion of the $2.1 billion Think and Do the Extraordinary campaign. How much time should there be before you put your efforts into thinking about the next campaign?

Campaigns are certainly a major component of higher education advancement and a great connector to rally around the key priorities for our institution. But the saying always goes, ‘If you are not in a campaign, you’re planning for one.’ So even though we are not currently in one, I know we are certainly already thinking about the next one. What we see for the future, what five years from now looks like, is that we will likely be in the silent or nucleus phase of another campaign. So our focus now should be to gear up over these next five years and build the strategy and tools we need to make that next campaign just as successful.

One question that I have raised is the technology factor. Will we be making use of virtual or augmented reality on a daily basis? I worked at one institution that made use of holograms for meetings and events. The future will look very different in how we engage with alumni around the state and around the world. There are ways that we can adopt technology and use it to build connections. With the resources we have here at NC State, I want us to be at the forefront of adaptation and a leader in advancement.

What kind of personal activities do you enjoy away from your professional life?

I am a traveler. I am excited to see some of the plans for WolfTreks, the Alumni Association’s travel program. Coming out of the pandemic, I have made a few family trips, most recently to Vancouver, British Columbia, to celebrate my birthday. We were scheduled to take my father to Italy for his 70th birthday right about the time the pandemic closed so many things down, and that would have been my first European trip. We are in the process of trying to reschedule that trip now. Domestically, my goal is to visit every state capital. So far, I have been to 20 state capitals. My favorite trip of all time was going to the islands of Hawaii. There is really nothing I can compare it to. 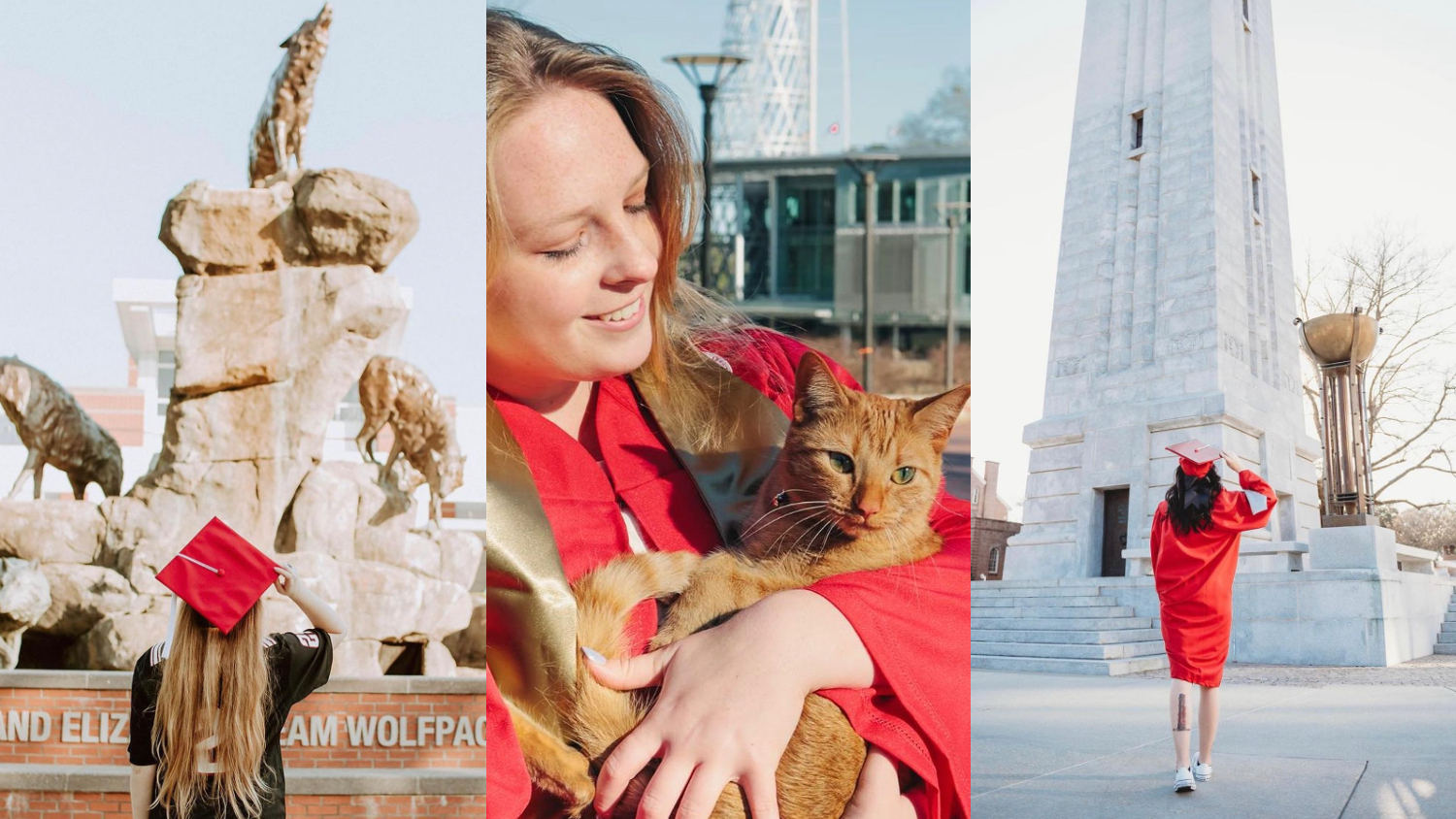 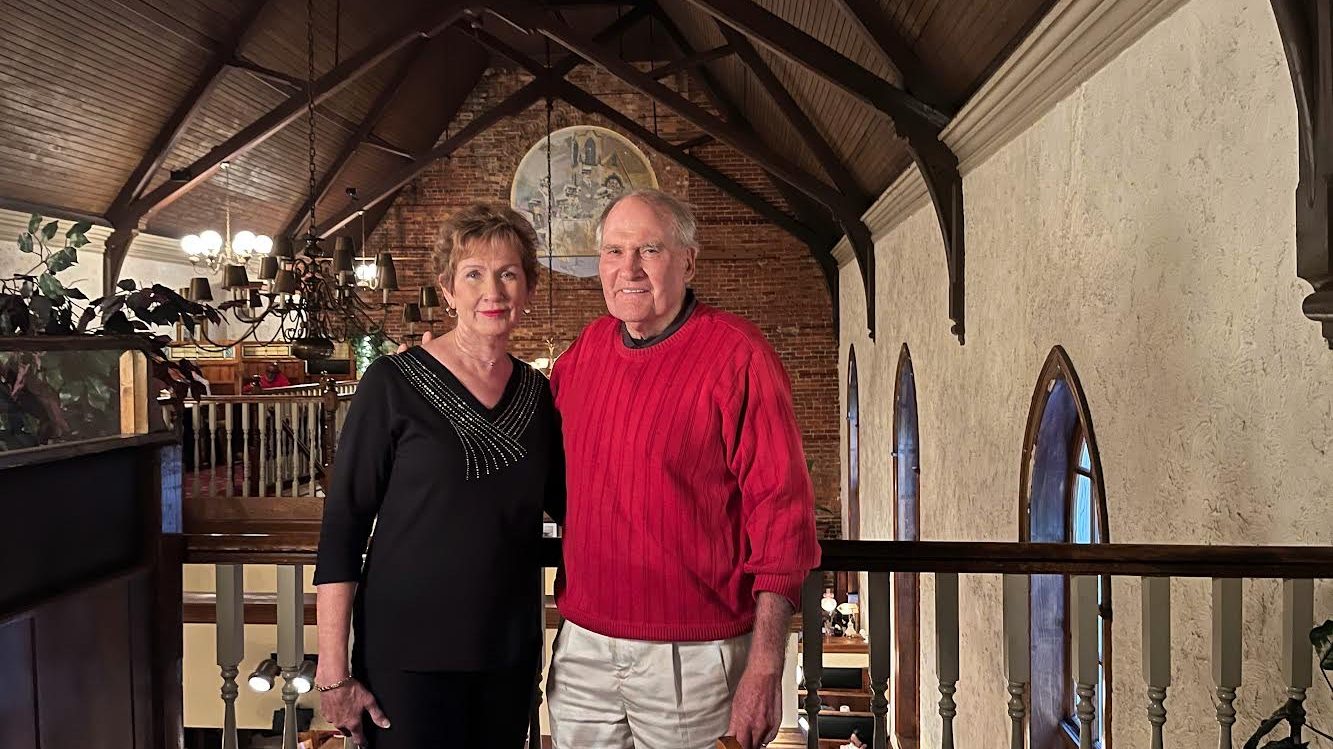