Day 2: Arrive Hanoi We arrive in the Vietnamese capital late this evening then transfer to our hotel.

Day 3: Hanoi This morning we take a walking tour of Ba Dinh Square, a popular complex of cultural and historic sites, including the marble and granite mausoleum of Ho Chi Minh, the Presidential Palace, and thousand-year-old One Pillar Pagoda. Following lunch on our own, we embark on an orientation tour of this French-accented city with broad tree-lined boulevards and colonial architecture. We pass Hoan Kiem Lake; visit the marvelous Temple of Literature (c. 1070); and tour infamous Hoa Lo Prison, also known as the “Hanoi Hilton” during the Vietnam War. Later we walk the narrow streets of the diverse Ancient Quarter, where tonight we gather at a local restaurant for a welcome dinner. B,D

Day 4: Hanoi/Ha Long Bay This morning we depart on a full-day excursion to Ha Long Bay, a breathtaking waterway sprinkled with 3,000 islands and islets, and surrounded by a fairytale landscape of limestone cliffs, secret grottoes, and hidden caves. Our tour includes a boat ride and seafood lunch. B,L

Day 5: Hanoi/Da Nang We fly this afternoon to ­Da Nang, Vietnam’s third ­largest city, situated on the south central coast. Upon arrival, we tour the acclaimed Cham Museum, which celebrates the Cham people’s Hindu legacy with a fine collection of sculpture and artifacts dating from the 7th to 15th centuries. After we reach our beachfront hotel, the remainder of the day is at leisure in this splendid setting. B,D

Day 6: Da Nang/Hoi An This morning we visit nearby Hoi An, where a succession of Dutch, Chinese, Portuguese, and Japanese traders helped to build an architecturally diverse and colorful village where many ancient traditions still hold sway. A UNESCO World Heritage site, Hoi An’s Old Town is a charming car-free pedestrian zone lined with tailors, shops, and art galleries. This afternoon is at leisure to either remain in Hoi An on your own or return to our beachside resort for a relaxing interlude. Tonight, we enjoy a cooking lesson and dinner in Hoi An. B,D

Day 7: Da Nang A morning walking tour of a nearby farming settlement reveals the daily life of a local community up close. Here rice paddies occupy every spare patch of ground, water buffaloes plow the fields, and villagers ride to market with produce piled high on their bicycles. B,L

Day 8: Da Nang/Hue We depart this morning by coach for the ancient imperial city of Hue, whose palaces, temples, and tombs evoke its past grandeur as home to emperors and mandarins. We explore the Imperial City – enjoying a traditional cyclo ride along the way – housing the Forbidden Purple City complex where emperors lived with their families and now a UNESCO site. We also visit the busy Central Market. Tonight we enjoy dinner accompanied by traditional music. B,D 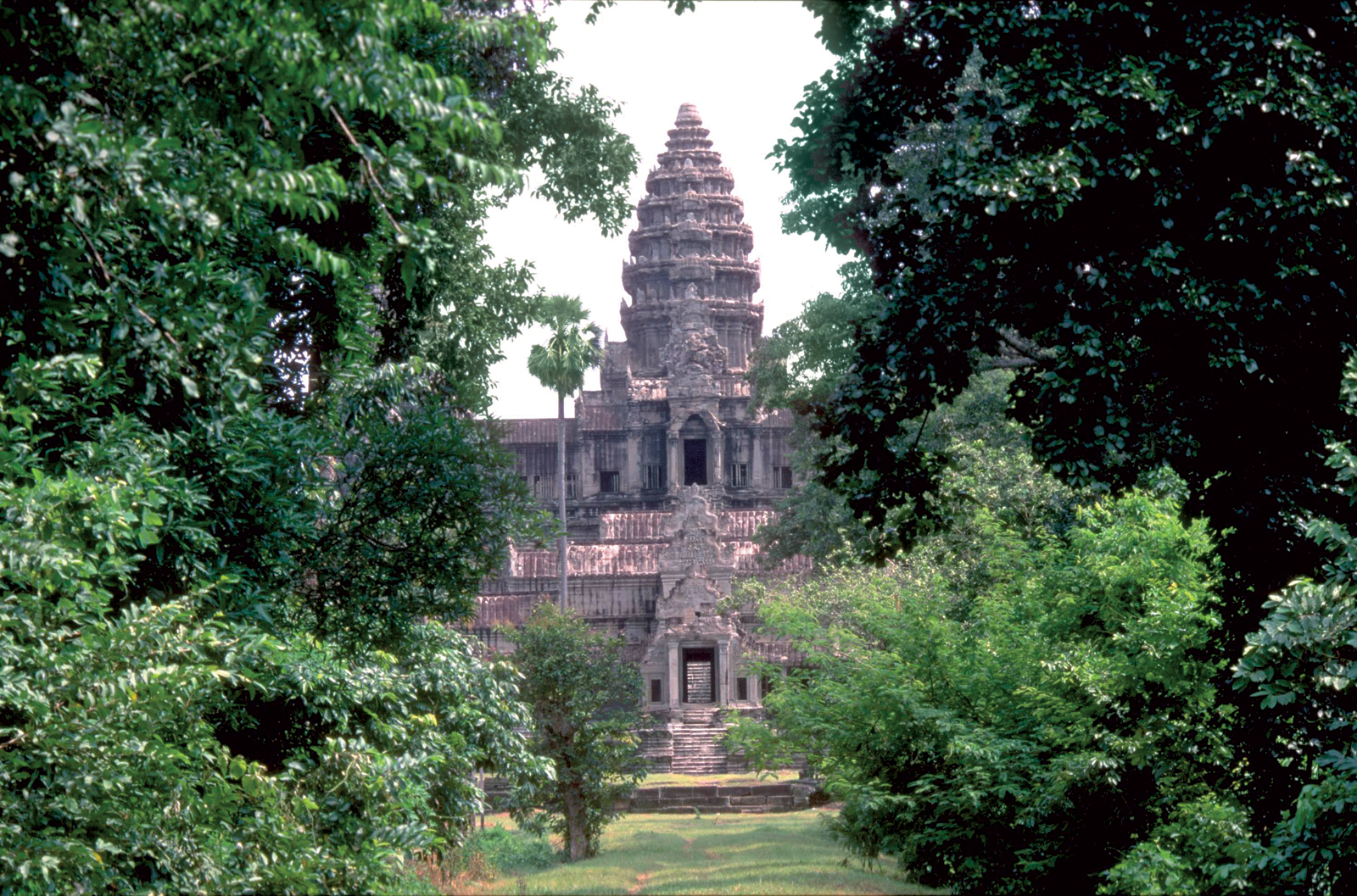 Discover the amazing temples and statuary from the Angkorian Empire and the Cambodian capital of Phnom Penh.

*Gratuities for dining room servers, airport and hotel porters, and all drivers.

Day 9: Hue This morning we cruise along Hue’s Perfume River to peaceful Thien Mu Pagoda, a Buddhist monastery that ranks among the city’s oldest and most important monuments. After admiring the seven-story octagonal tower, we visit the palatial Tomb of Minh Mang (c. 1840), with its pavilions and courtyards modeled after the Ming Tombs of China. This afternoon we see the tombs of Tu Duc, a gem of royal architecture; and Khai Dinh, an elaborate mix of ancient and modern, European and Asian. B,L

Day 10: Hue/Saigon/Can Tho Today begins with an early morning flight to Saigon. Upon arrival we board a motorcoach for the three-hour drive south to the Mekong River town of Cai Be then on to the busy river port and provincial capital of Can Tho. With its tributaries covering some 15,600 square miles of southwestern Vietnam, the Mekong supplies half of the country’s rice and fish – and ranks as a biological treasure-trove, known for its multitude of bird and flower species. B,D

Day 11: Can Tho/Mekong Delta We rise early for today’s journey by boat to the lively floating market at Cai Rang on the Mekong’s lower reaches. After lunch together at a local restaurant, the remainder of the day is at leisure. B,L

Day 12: Mekong Delta/Saigon An hour-long coach ride this morning brings us to the upper reaches of the storied Mekong. Here we board motorized sampans for an up-close look at river life as we explore the maze of tributaries and inlets that lead to tiny settlements and villages populated by fishermen and farmers. After lunch at a local restaurant, we continue on by coach to Saigon (the name Ho Chi Minh City is used interchangeably). We reach our hotel late afternoon; dinner is on our own in this vibrant city. B,L

Day 13: Saigon A morning tour includes the former Presidential Palace, which served as the South Vietnamese government’s wartime headquarters. Now known as Reunification Palace, it was here that the first Communist tanks rolled into Saigon on April 30, 1975; it remains preserved as a museum almost exactly as it was on that day. We also tour the History Museum, with its excellent collection of art and artifacts of the indigenous peoples of Vietnam. Later we attend a traditional water puppet performance. B,D

Day 14: Saigon This morning we visit the Cu Chi Tunnels, the infamous underground network from which North Vietnamese forces operated in wartime. Tonight we celebrate our journey over a farewell dinner. B,D

Day 15: Depart for U.S. Today we transfer to the airport for our return flights to the U.S. B